LUIS CANSINO WILL BE FALSTAFF IN BRNO 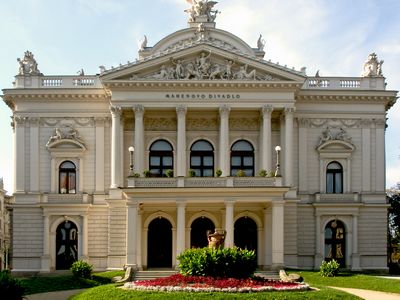 The National Theater of Brno has included a new production of “Falstaff”, the latest opera by Giuseppe Verdi in the program of the 2022/23 opera season, with the presence of Luis Cansino incarnating the leading role of Sir John Falstaff. The performances will take place on April 5, 9 and 15, May 12 and June 2, 2023 and have the musical direction of Ondrej Olos and the stage direction of Ondřej Havelka. This will be the fourth Verdi title, after “I vespri Siciliani”, “Nabucco” and “Aida”, that Luis Cansino performs in what is considered the second most important theater in the Czech Republic and of which he has been a Guest Artist for ten years.