LUIS CANSINO STARTS THE 2021/22 SEASON IN JEREZ AND TENERIFE 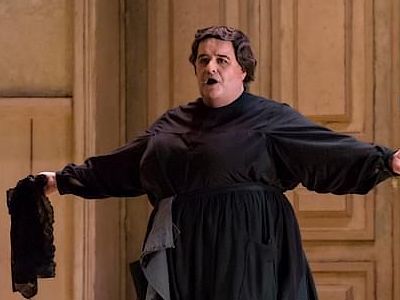 Luis Cansino will start next season playing one of the most successful roles in recent years, Poncia, in the opera “La casa de Bernarda Alba” by Miquel Ortega. On October 2, the production that could already be enjoyed last July at the Teatro Cervantes in Malaga, staged by Francisco Javier Hernández, will take the stage at the Teatro Villamarta de Jerez. The Ópera de Tenerife will take over, with a new production directed the stage by Silvia Paoli, on October 19, 21 and 23. The composer himself, Miquel Ortega, will repeat as musical director in both theaters.